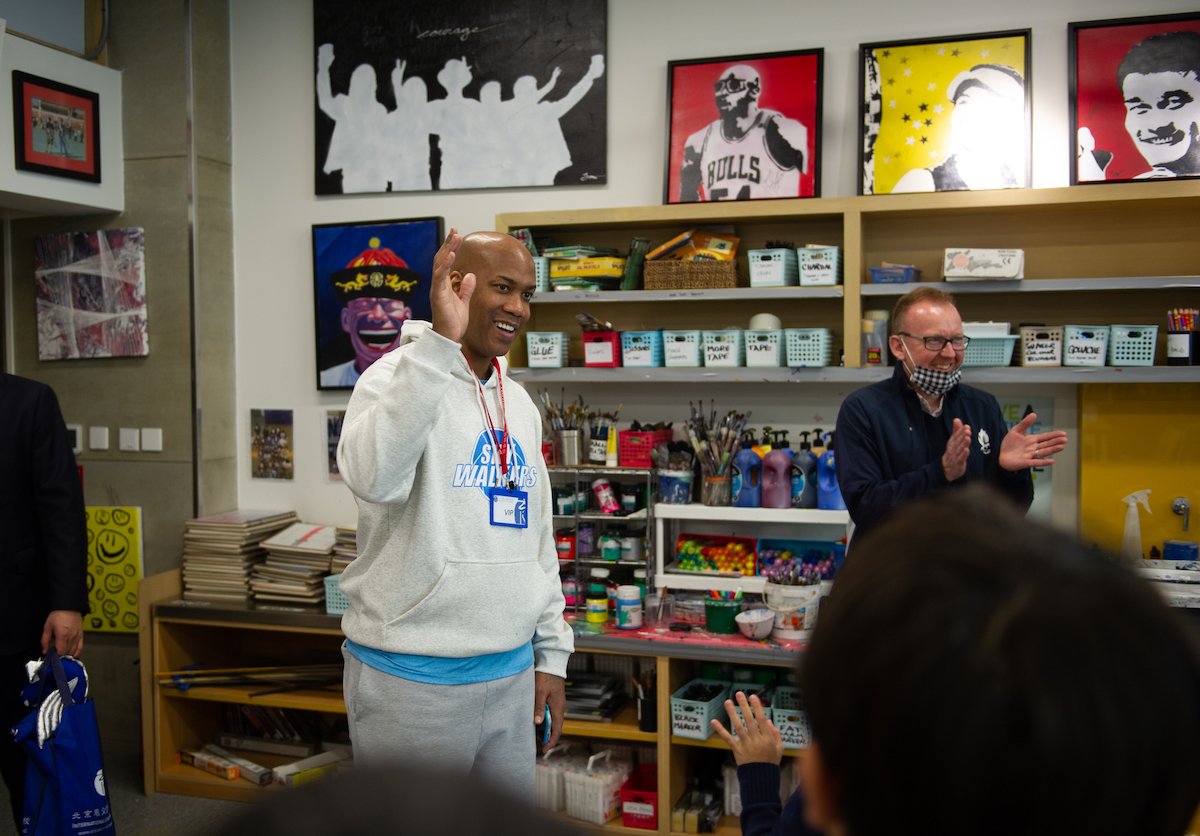 Basketballer Stephon Marbury, a star of the U.S. and Chinese leagues for over two decades, talked sporting values when he visited students at the International School of Beijing (ISB) last Wednesday.

Mr. Marbury, who enjoyed a highly successful playing career in the U.S. and China before moving into coaching with the Beijing Royal Fighters, toured the campus, joined Elementary and High School classes, and held a Q&A with the Varsity Boys and Girls teams.

He praised the teaching of basketball and other sports at ISB and said he agrees with faculty here about the importance of social-emotional learning – ensuring students are healthy in body and mind alongside striving for academic achievement. “School and sport go hand in hand,” according to Mr. Marbury. “I’m constantly preaching that to my own son! Sport motivates you to do well at school.”

He referred to endorphins, the mood-boosting chemicals naturally produced by our bodies during pleasurable activity like exercise, and he noted how competitive activities motivate people. 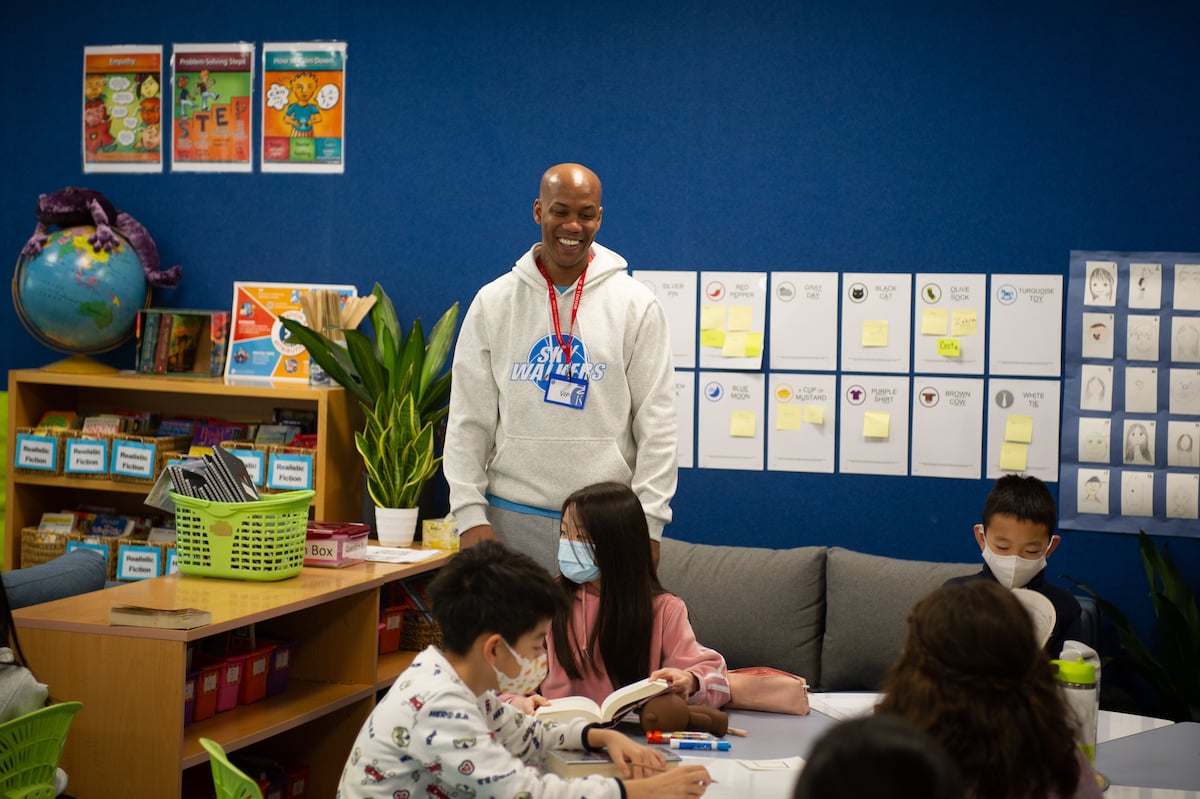 ISB’s Social and Emotional Curriculum was officially launched for the current 2021-2022 academic year. According to the school’s new Social and Emotional Learning Philosophy Statement, “Through social and emotional learning (SEL), ISB students will develop greater understanding of themselves, enhance their ability to care for themselves by developing resilience and making healthy choices, demonstrate empathy towards others, build healthy relationships, and act with purpose, finding their place in our global community.”

Physical activity plays a big role in this. Students from Early Years to Grade 12 get to enjoy basketball and many other sports in ISB’s top-notch facilities. Within the curricular and co-curricular programs, activities like basketball stress hard work, leadership, camaraderie, sportsmanship, and fair play. With the popularity of ‘b-ball,’ ISB-hosted tournaments like the Great Wall Shootout are community highlights as fans pack the bleachers.

“Sport brings people together. It allows us all to unite,” said Mr. Marbury.

Stephon Marbury played in the U.S. National Basketball Association (NBA) from 1996 to 2009, earning numerous honors including selection for the NBA All-Stars match, which pits the league’s best players against other on two invitational teams.

He became the highest-profile American to play in the Chinese Basketball Association (CBA) when he was signed by the Shanxi Zhongyu Brave Dragons in 2010. It was a bold move, leaving the very comfortable life he had known to fly across the world and into an unfamiliar culture. He talked about how many international school students face a similar leap – and about how opening oneself to new experiences can have rich rewards. 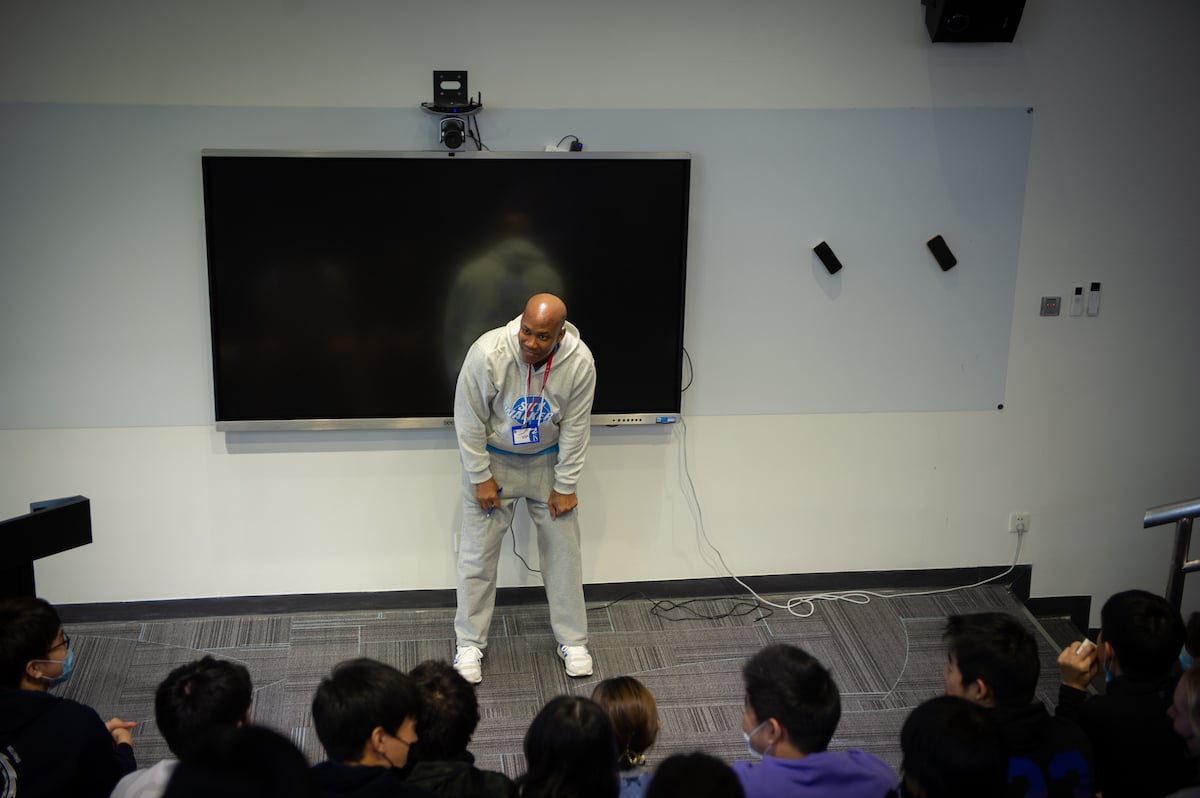 “You’ve got to leave yourself completely vulnerable to love and be ready to understand,” Mr. Marbury said. “When I came here, I was looking for something different in my life. Even though I was faced with the cultural obstacles – the language, the food – I was open to making that adjustment of learning how other people operate on the planet.

“People would tell me about China. But I’m the kind of person who needs to see something and experience it before I understand. As soon as I did that, as soon as I saw how much love there was here, I felt at home in China.”

As any basketball fan will know, the rule violation known as traveling is a bad thing on the court, but his globetrotting off the court worked out for Mr. Marbury. After setting down in Shanxi, the American won three CBA championships playing for the Beijing Ducks.

He also earned a reputation in China for his commitment to community and charity work. The Beijing city government officially recognized Mr. Marbury as a Model Citizen in 2015, with the award citation highlighting his visit to a girl with leukemia and donations to rural schools.

He found a like-minded audience in ISB students, who have lots of opportunities to get involved in charity through the school’s many service learning programs.

Mr. Marbury told students his views on charity were formed early on: “I’m one of seven children. Sharing is a part of what my mum and dad taught – you had to around that dinner table! My mum always instilled, “You’ve got to give. The more you give, the more you get back.’ But what you give is not important; what’s important is the spirit of giving and to have the mind and the heart to do it.”

The words and advice from this successful cultural crossover are still echoing around ISB – like the din off a basketball court during a match. “Those are some top-of-the-line courts,” Mr. Marbury observed of ISB’s facilities. “You can really hear your feet squeak. That’s important to a basketball player!”